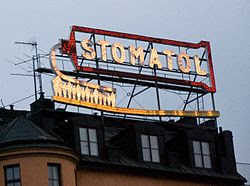 I went onboard the subwaytrain from the city back home today. Usually you don´t notice the drivers´voice as he or she tells you that it´s time to step onboard and that the doors will close.

Tonight was a special night. The driver seemed to be a great entertainer. He delivered those simple messages with an extra touch and some extra information about each stop. I could have stayed on that train all the way to Norsborg, just to hear his messages.

It can be so easy to brighten up the moment for other people and to build your personal brand at the same time. I certainly wanted to see who that driver was and give him thumbs up for those great messages.
Upplagd av Anna-Karin Lingham Inga kommentarer:
Skicka med e-postBlogThis!Dela på TwitterDela på FacebookDela på Pinterest

Shoes to the children

And while we´re talking shoes - take a look at Tom´s shoes. They will give a pair of new shoes to a child in need, if you buy a pair from them. One for one. I´d like a pair of these: 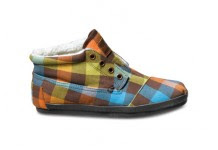 People want to be a part of something that is good. I´d say that Tom´s Shoes are good.

The winner of the Swedish qualification for Eurovision Song Contest is Anna Bergendahl. She was singing in the first runner up contest in her red Converse shoes, combined with a pink girly dress. Pretty cool looks. However, Swedish Television didn´t like this PR-trick and forbid her to use those shoes at the final show. Guess what she did then? She borrowed her sisters´old shoes - the same color, the same model, but they were copies without a brand.

People at Converse are supposed to be sulky about this. They shouldn´t be. Most people know that she wanted to wear her Converse, and when she was forbidden to do so she found a way to look almost the same. It was great branding for Converse, although she wasn´t in their shoes.

I am not a fan of copies, but sometimes they have a good purpose. 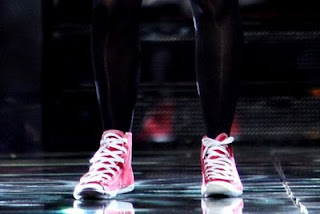 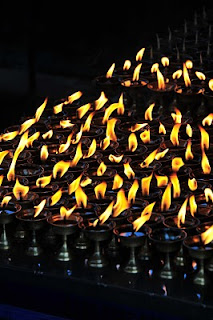 As we let our own light shine, we unconsciously give other people permission to do the same.
Upplagd av Anna-Karin Lingham Inga kommentarer:
Skicka med e-postBlogThis!Dela på TwitterDela på FacebookDela på Pinterest

Travelling with a good conscience

Jambo Tours have decided to include discharge compensation in the ticket price. It will cost about $70 more to fly from Sweden to Africa or Asia. I wonder if people will buy these tickets. I hope so. It is a great idea and it is quite brave to do this, since some of the customers will choose other travellingcompanies because of the higher price. Thumbs up, Jambo Tours! It will certainly build your brand. (And the Great Travel Award must have been a good upcheerer!)

It is so easy to wish for a good environment, but it is harder to make it real.

When I check how my own living effects the discharges, I am way below average. That is until I add all those flights across the world. They put me way above average. To stop travelling would be a grief in my heart, though. Maybe this is the solution. Pay more and travel with a good conscience.
Upplagd av Anna-Karin Lingham Inga kommentarer:
Skicka med e-postBlogThis!Dela på TwitterDela på FacebookDela på Pinterest

A bed of nails

However, I fell for the pressure and got a bed of nails the other week. Why? Really. Why? I´ve fallen for those simple marketing rules. Couldn´t I see through them?

The bed of nails is nice, though. Pain is good. It creates energy and is a great contrast to that extremely comfortable bed beneath it.

So to summarize it all - the common things do not have to be bad. You just have to mix them with the uncommon things in order to stay on the bumpy road. Get some salt and then some sugar. Mix it your own way. Buy a bed of nails if you want to, but make sure that it is your own choice - not just a decision based on popularity.
Upplagd av Anna-Karin Lingham Inga kommentarer:
Skicka med e-postBlogThis!Dela på TwitterDela på FacebookDela på Pinterest
Senare inlägg Äldre inlägg Startsida
Prenumerera på: Inlägg (Atom)