Being consistent or being brave?

Being consistent has been one of the successfactors in branding. Partly it still is. But what happens if we are so consistent that our brand stagnates? It will slowly die, of course.

There is a lot of noise out there. Not many people will listen to us, unless we break through the noise. The possibilities in social medias force us to be creative and unpredictable. Some brands are good at this. They are greatly rewarded, when their fans spread their messages on Youtube, Facebook, Twitter and other communities.

So how do we combine being consistent with being brave? Maybe our brand manuals need a bit more open possibilities. Maybe the global brands need to be a bit more local. Maybe we need to let our customers rule the brands a bit more than before. (They do anyway - they won´t ask us if they may or may not...). Maybe we need to combine the steady core values with some rocking surprises.

The views of Himalaya, Part II

I could not get tired of these views. That´s why I give you so many...

In the Himalayas, there is a snowman called The Yeti. It has a thick, hairy body the size of a gorilla and its´ hands and feet have four fingers each. It has a conical scalp, pointed ears and a humanlike face. The Yeti is known to eat yaks and sheep. It has superhuman strenghts. There are only a dozen people who have seen the Yeti in real life. Most of these people haved died soon after they saw it. It appears at times - though very rarely - at the foothills of Mt Everest. Mysterious footprints in the snow support the legend of the Yeti. 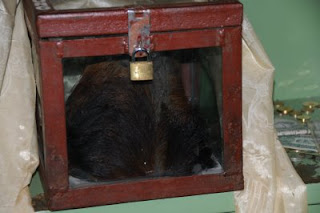 I have actually seen a Yeti-skull. It was a cultural gift to the people of Khumjung from their neighbours many years ago. If you pay a small donation to the monastery where the skull is kept, you can have a peek at it.

Together with "Nessie" and "Bigfoot", the Yeti is the most wellknown creature in the cryptozoology - the research about animals which are said to exist, but where there are no scientifical evidence. The name Yeti is said to originate from the tibetan word yeh-teh, which means cliff-bear.

The Yeti has an important roll in the comicbook "Tintin in Tibet", where it is described as quite a nice creature who helps surviving people after a plane-crash.

We need fascinating stories. They may not be true, but they trigger our fantasy and imagination. We also need true stories, told with passion and finesse. To build a brand you need to work with the stories of your company or of yourself. Refine them, spread them and let the stories do part of the work for you.
Upplagd av Anna-Karin Lingham Inga kommentarer:
Skicka med e-postBlogThis!Dela på TwitterDela på FacebookDela på Pinterest 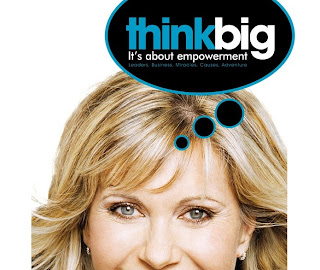 There is an online magazine called Think Big Magazine. It is definitely worth looking through every now and then. Subscribe for free at www.thinkbigmagazine.com.

The author and speaker Justin Herald writes about our "success DNA" in one of the issues. While some people suggest that we should benchmark successful people in order to become successful, Justin Herald believes that we all have our own way of succeeding. I agree. Do it your way. Find your way based on your own goals and values. Get inspiration from other successful people, but do only copy them if they are in sync with your own way.
Upplagd av Anna-Karin Lingham Inga kommentarer:
Skicka med e-postBlogThis!Dela på TwitterDela på FacebookDela på Pinterest

The elderly of Himalaya

We did not meet many people from the older generation in the Himalayan mountains. There were a few, who seemed to be well and enjoy the sunny days.

The average age of the Himalayan people is quite low. People start working at an early age. Then they live tough lives through the hard winters and long, struggling working-days.

Click on the last picture and you will meet this wonderful lady closer up. 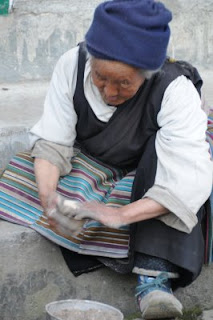 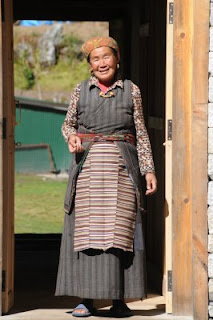 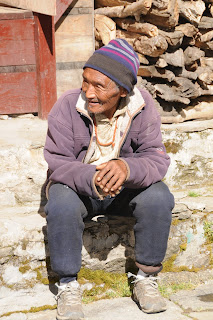 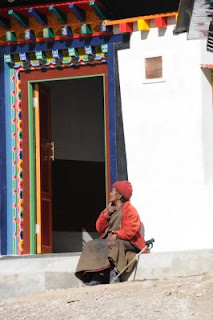 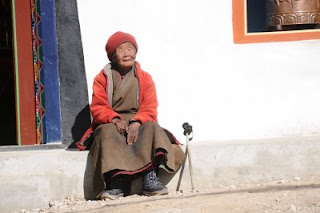 Intuition as a tool to trust 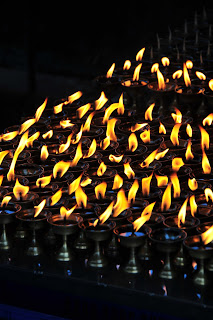 The consultant-agency Krauthammer made a survey among 445 europeans. The result showed that 64 % of employees trust their intuition often or very often in their jobs. Good.

Our intuition must be a result of the knowledge we have gained over time in different areas, combined with our values and views. Compared to simple facts the intuition gives a wider perspective, since it means that the facts also have been evaluated by ourselves.

The challenge is to prove that our intuition is worth trusting. There isn´t always concrete proof to show before making the decision. When managers and leaders are bold enough to trust the intuition of themselves and others, I believe that improvement and development will show faster. Lack of proof in all aspects will then not stop the pace of activities.

Let´s have the guts to combine plain facts with intuition in our judgements and decisions. It usually works for me - especially when the people around me are non-traditional in their own decisionmaking.
Upplagd av Anna-Karin Lingham Inga kommentarer:
Skicka med e-postBlogThis!Dela på TwitterDela på FacebookDela på Pinterest

It is windy at the top 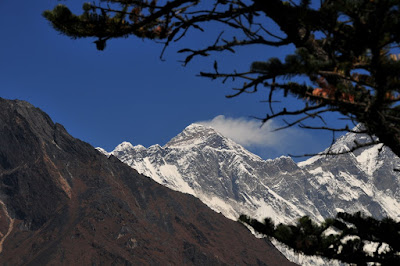